Save the Date - June de LaB 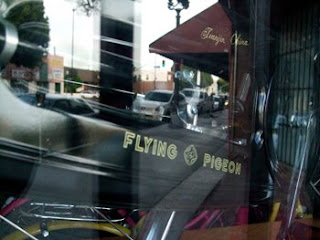 We're kicking the summer off with a few of our favorite things...bikes, design, and some dim sum! Join us Saturday, June 20th as we hit the streets for the first-ever de LaB Design-n-Dim-Sum Ride.
We'll rendez-vous in Highland Park with our friends at Flying Pigeon and Fung + Blatt before making our way to Chinatown to visit Fifth Floor and LOC on Chung King Road. Then, dim sum and Tsingtao! We're working out the details and will soon post more information on how/when to RSVP.
In the meantime, here's some info on our awesome hosts:

Formed in 1990 by Alice Fung and Michael Rosner Blatt, Fung + Blatt Architects works in the areas of residential, commercial, and community-based design. Fung + Blatt have also crossed over into fashion and product design with their wearable and livable collections. 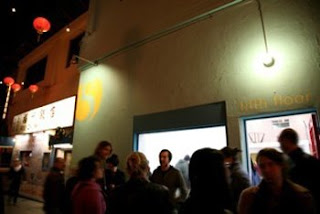 Opened in January of 2008, Fifth Floor is a hybrid art/design gallery in the heart of LA’s Chinatown. Owner, Robert Apodaca’s background in architecture sees that the space delights in a mixture of contemporary art and design. Work by varying artists, designers, and architects rotate through the exhibition areas every month to two months; all the while, a steady base of unique accessories, jewelry, furniture and design objects remain on display. Many of these hand-made objects are available nowhere else besides Fifth Floor. 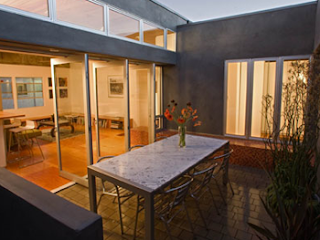 LOC was recently featured in the LA Times. Ali Jevanjee and Poonam Sharma have masterfully transformed their second story double apartment into an airy, modern, light-filled workspace without changing the exterior shell or affecting the charm of their Chung King Alley abode.
Posted by haily at 9:43 PM