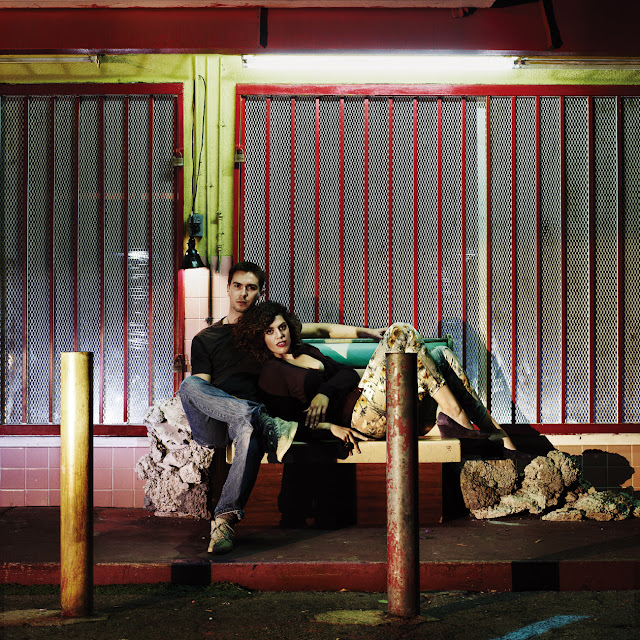 In a quiet strip mall in a former party supply store sits the nocturnal art space, Night Gallery. Only open from Tues-Thurs from 10pm to 2am, the black-clad walls house some of the most experimental art you can see in Los Angeles. Join us for a special night at the gallery, with owners Davida Nemeroff and Mieke Marple as they explain the concept of a nighttime only gallery. We'll also be joined by artist Samara Golden, who will lead us through her show, "Rape of the Mirror," at the gallery. 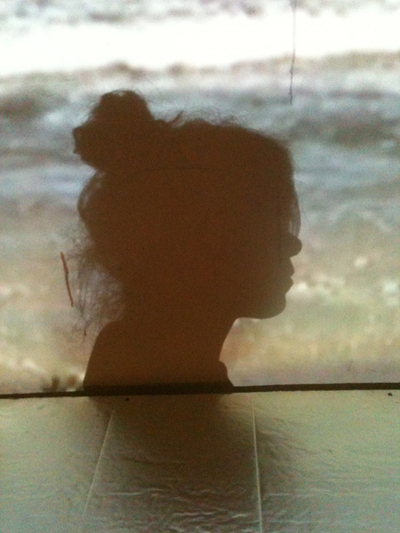 Rape of the Mirror, Samara Golden, 2011
According to the gallery's press release, Golden's show is inspired by movies like The Long Goodbye and American Gigolo. "Golden constructs an architecture of luxury made entirely of silver insulation material known as Thermax. Reflective furniture, a jacuzzi and a queen-sized bed fitted with light blue sheets occupy the gallery space. A video of breaking waves crashes over the installation, illuminating the darkness while stretching the space to the other side of the earth. The gathering gloom watch as lights fade from every room with Golden's perpetual state of sunset plaguing the scene with a foreboding red hue. Night Gallery is reborn as an ocean side villa dangling from a cliff in the sixth dimension."

Join us for a late-night de Lab on November 17th (hey, it's a Thurs. You can be late for work the next day) to view the space and meet the gallerists and artists creating an alternative art scene in Lincoln Heights.

There should be ample street parking around the gallery. See you then!