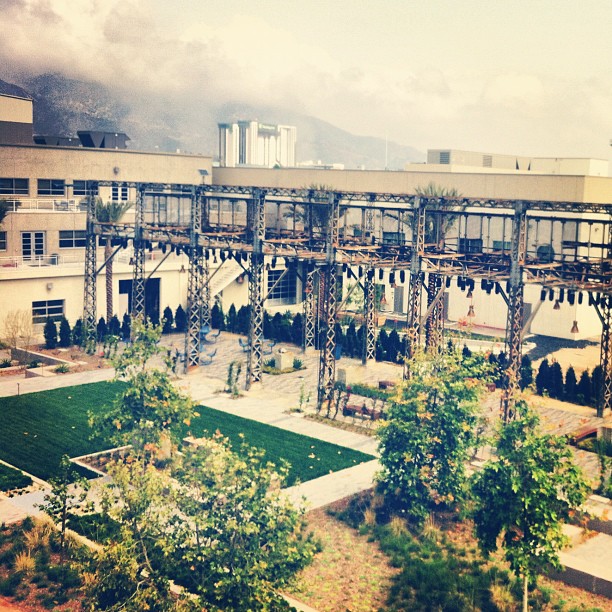 Despite grey skies and scattered rain, over forty people came out to take this special tour of the BWP EcoCampus with landscape architect Calvin Abe.  The tour started with a quick sit down session in the auditorium.  Hadley Arnold of Woodbury's Arid Lands Institute gave a brief introduction about the Drylands Design Competition and Exhibit on view at the A+D Museum and this month's earlier conference at Woodbury, followed by a few words by BWP's John Cassidy and some background with Calvin.  Guests were also show a quick video.

After that we were invited up onto the roof deck to check out the roof top gardens. 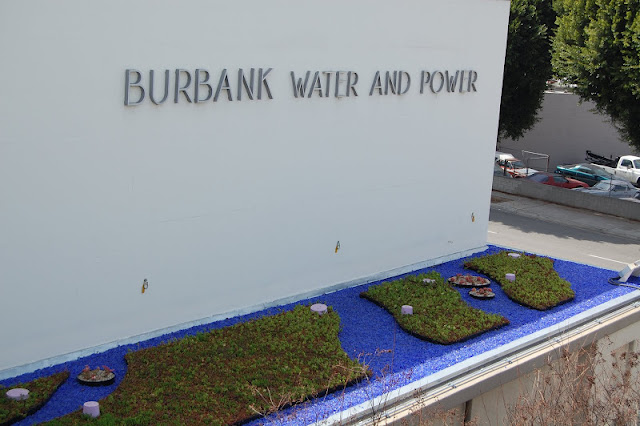 And to get a bird's eye view of the state's first sustainable industrial campus. 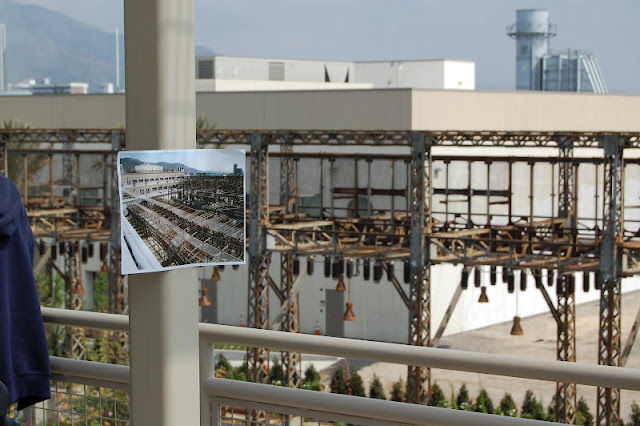 The slight rain actually helped give everyone an idea of how many special water catchment systems are integrated into the design.  Calvin and John continued the conversation up top. 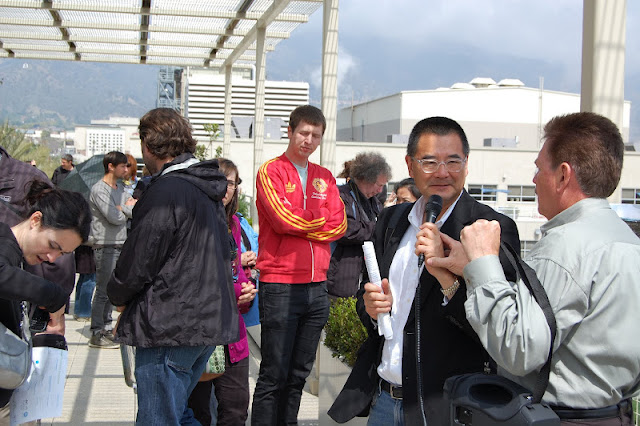 And luckily, the sun eventually popped out just in time for our tour. 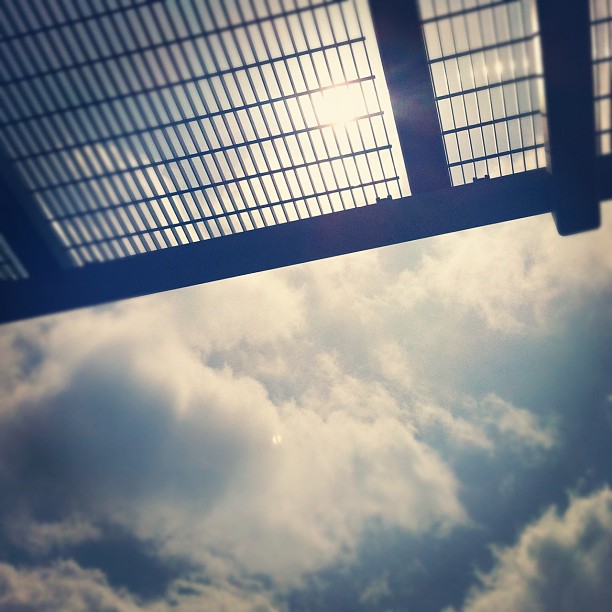 Guests were also invited to explore the Centennial Park, a private green space for BWP employees that resides in the footstep of a former electrical substation.  Parts of the electrical skeleton remain as a super trellis. 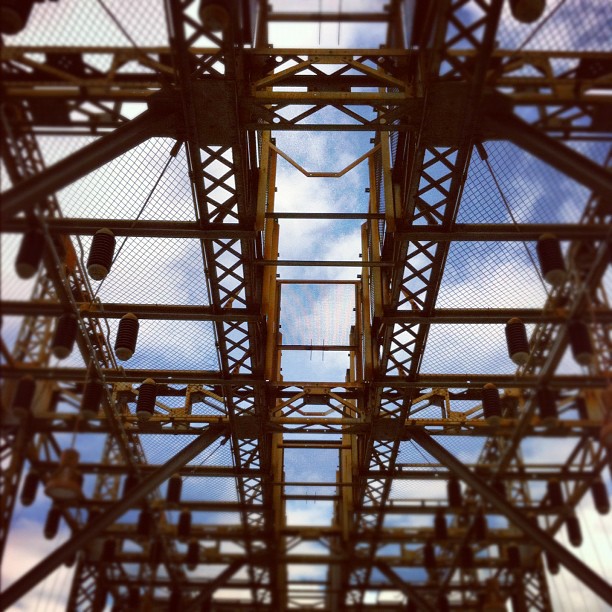 Eventually, BWP would like to open this to the public.  For now, due to security restrictions, the park is only for employees.  Considering what it used to look like, it's clear why the employees have built an outdoor barbecue. 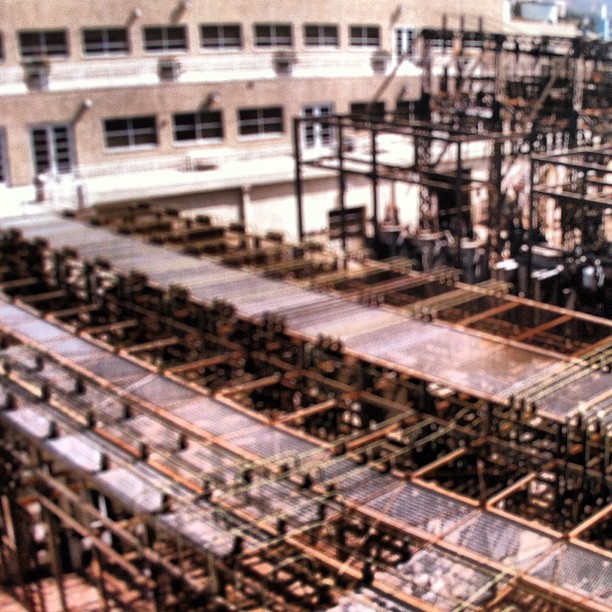 Overall, this project disproves the notion that industry and environment can never co-exist.  It serves as an example of what successful drylands design looks like in the real world. 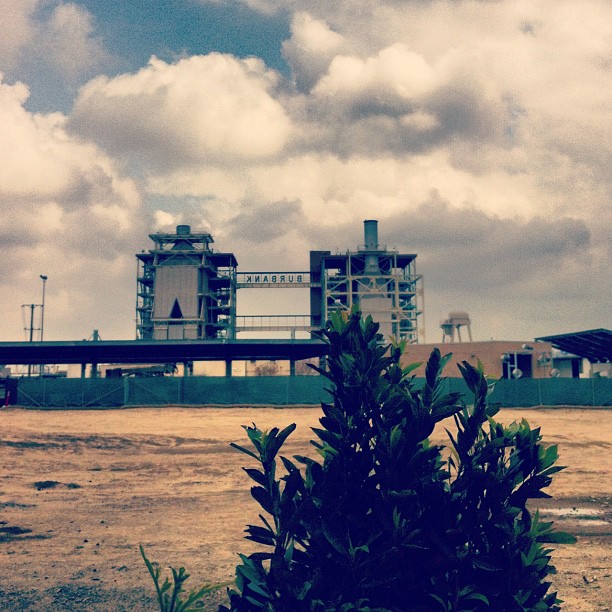 Check out another photo essay from Avoiding Regret.